Uttar Pradesh government is preparing to respond strongly to the Kisan Mahapanchayat eying the UP assembly election next year.

Yogi Adityanath administration in Uttar Pradesh is expected to give a large gift to farmers. The state administration is preparing to respond strongly to the Kisan Mahapanchayat on September 5 in Muzaffarnagar.

The administration is particularly concerned about easing sugarcane farmers’ discontent ahead of the assembly elections. The government of Yogi Adityanath is considering major steps on crucial issues affecting farmers.

It is also possible that certain significant initiatives would be launched in the name of previous Chief Minister Late Kalyan Singh, the renaming of some schemes may be approved at a meeting of the Council of Ministers.

The cabinet meeting is expected to seal dozens of recommendations. Other key measures, such as boosting the sugarcane price, are likely to be approved during the Cabinet meeting.

The choice of sugarcane pricing for 2021-22 is the most crucial crushing session. Sugarcane growers in Uttar Pradesh are now receiving prices of Rs. 310, Rs. 315, and Rs. 325 per quintal. These three sugarcane rates have been maintained according to variety.

For the next crushing session, the Central Government has agreed to raise the Fair and Remunerative Price (FRP) of sugarcane from Rs. 285 to Rs. 290 per quintal. Following that, the Yogi Adityanath administration may opt to raise sugarcane prices.

The process of implementing out the state government’s pledge to the state’s progressive sugarcane farmers on August 25 has accelerated.

Following a meeting at the level of the chief secretary on Wednesday, the sugarcane development department is currently in the process of completing the pricing proposal. The plan is expected to be adopted during a cabinet meeting on Thursday. 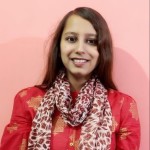